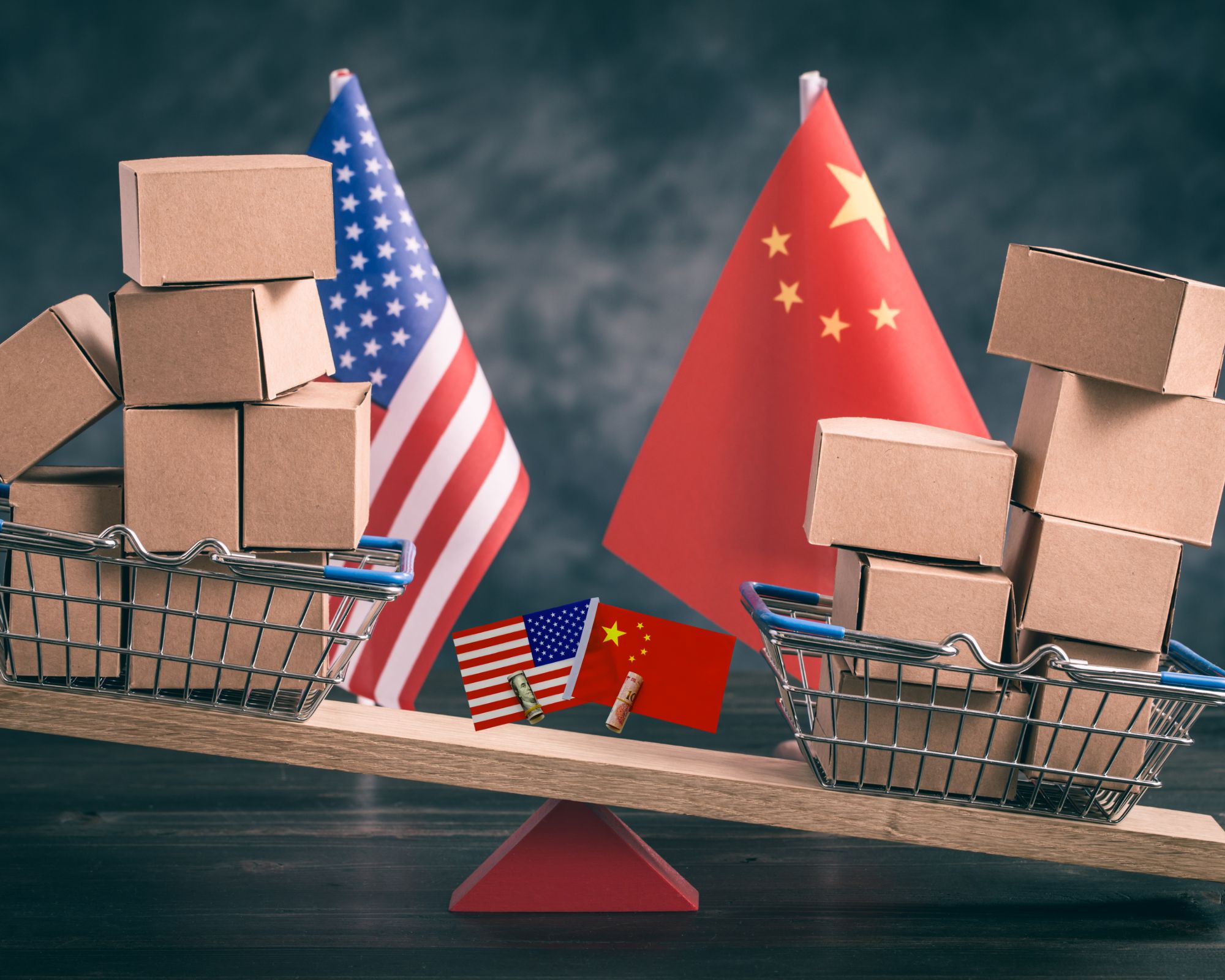 On February 14, 2012, Xi Jinping, the vice president of China, was greeted by US President Barack Obama in the Oval Office of the White House in Washington, D.C. (Martin H. Simon/Pool/Bloomberg/Getty Images) )

Presidents Xi Jinping and Joe Biden met for the first time in person since Biden assumed office two years ago at the G20 summit in Bali last week. This came after five years of deteriorating relations between the United States and China. US national security adviser Jake Sullivan said it was meant to “create a floor for the partnership and make sure there are rules of the road that keep our rivalry in check.” The meeting between Xi and Biden is said to have gone well, and both sides seem sincere in their desire to make the world less hostile. These are encouraging early signs. However, the “guardrails” that the Biden administration has pushed to stop armed conflict are ineffective against the factors driving the two nations to war. To fix the structural reasons for war, we need a more ambitious plan in which the two countries work together to change the international system.

The challenges to such cooperation are formidable. In both nations, nationalism and militarism are on the rise, and political elites both see war as a zero-sum game. However, a global reform agenda matches the professed goals of both parties. If implemented, it would foster trust while easing pressures toward conflict. Climate change, pandemic diseases, and global inequality are real threats that affect everyone, no matter where they live. They need to be dealt with as soon as possible.

When President Barack Obama and the newly elected President Xi met for the first time less than ten years ago, they seemed like they could work well together. Even though they had been at odds for a long time over Taiwan, trade, and human rights, the two presidents were well aware of the serious risks that come with a growing power challenging a jealous global hegemon. They did things to calm things down and lay the groundwork for working together, which paid off over the next few years. For example, the US and China worked closely together in 2014 to end the Ebola epidemic in West Africa. They also made a big bilateral deal to cut greenhouse gas emissions, which is arguably the most important step toward the Paris Agreement.

These instances of cooperation between big powers seem like something out of a dream nowadays. Instead, both sides throw nasty insults at each other and blame the other for problems at home. Chinese leaders say that the US wants to keep developing countries in a position of submissiveness forever. On the other hand, US leaders say that China is hurting support for democracy and human rights in the international system. The US has started a limited but very provocative economic war against China. The goal is to destroy Huawei, China’s most well-known multinational company, and stop all Chinese tech companies from getting important supplies of modern semiconductors. As the two countries play an increasingly dangerous game of military and diplomatic moves around Taiwan, people in both capitals are getting more and more worried that a war may be unavoidable.

Because political elites in both countries now view the other’s success and affluence as a serious threat, these growing and riskier steps are being taken. They see every part of foreign policy as a way to stop another country from achieving its goals. This is based on the idea that the US and China are in a zero-sum or even existential fight. As long as policymakers keep looking at the relationship through this lens, arguments for balanced responses on certain issues will seem weak, while all forms of escalation will look like smart ways to show determination and stop aggression. Instead of trying to solve common problems, time, money, and creativity will be put into finding ways to prevent them from happening.

How did it get to this point? Divided leaders are often to blame, whether it’s a dictatorial Xi Jinping who is driven by Marxist ideology and personal ambition to threaten freedom and American power around the world or an unstable Donald Trump who is obsessed with the US trade deficit and uses anti-Chinese racism to distract attention from how badly he handled the Ebola pandemic. But before they came into office, the trends that Trump and Xi accelerated were well underway.

Another strategy is to point the finger not at specific leaders but at things that are always true about a country. China would eventually rebel against the liberal international order because of its authoritarian government. It did this by suppressing pluralism within its borders and trying to take over the open, democratic leadership of the United States over the world order. As an alternative, since the US likes to be the most powerful country in the world, China would be punished as soon as it became a serious military and economic threat to the US. But instead of being honest about how the US and China have interacted over the past 40 years, which has been a lot more complicated and unclear, both of these points of view pick and choose data to prove their points.

These two explanations for the breakdown of US-China ties seem to be at odds with one another, but they both place the blame for escalating hostility solely on one side. So, the other side is shown as being forced to take only defensive actions to stop the antagonist’s bad plans. Such one-sided explanations not only don’t do a good job of explaining what’s been going on, but they also leave no other choices for the future than to give up or fight.

A more detailed explanation will not only help people understand where the conflict came from, but it will also show them new ways to solve it. It wasn’t that one side deceived the other; rather, the collapse of free market globalization, which had brought the US and China together over a period of three decades, has rendered the two superpowers’ interests incompatible.

Prior to 2008, it appeared that the United States and China could both be wealthy and that the growth and success of one would benefit the other. Even though tensions were still high, both countries seemed to be embracing the main ideas of neoliberal globalization, such as social openness, cosmopolitanism, multiculturalism, an active civil society, free markets, acquisitive individualism, and self-reliance.

The global economic crisis of 2008 and the failure to get the world economy going again changed everything. Due to extreme economic inequality and a powerless working class in both countries, wage-driven growth could not make up for the fact that global consumer demand was going down. The two countries were immediately pitted against each other in a fierce fight for a global market that had suddenly become less promising. This was especially true in high-value areas of advanced technology.

At the same time, the slow collapse of globalization hurt the credibility of liberal ideas and the political power of elites in both China and the United States. Leaders in both countries were no longer able to ignore or handle stress points in a sensitive way because they no longer shared the same beliefs and interests. Trade protectionists, security hawks, and xenophobic nationalists, who were not allowed to speak out in either country before, now have a large audience for their views.

In both countries, a slow response to this dangerous new environment has been a shift toward state-organized economic policy and nationalist cultural policy. The goal is to reorient society toward global economic competition, which is more and more seen as linked to global military competition. This is because, if structural barriers to global growth aren’t taken away, competition on a global scale will be zero-sum and could even be existential. No matter how much the leaders of the US and China may want to avoid it, a violent battle will inevitably result.

The Chinese summary of the Biden-Xi summit said, “The world is big enough for the two countries to grow and do well together.” The issue is that this assertion is false. But the United States and China should focus on opening up the parts of the world that put them in competition with each other. They shouldn’t assume that competition has to be a zero-sum game.

An important first step is to stop the current rise in tension and have each side comfort the other at the key points of tension, especially in and around Taiwan. The Xi-Biden summit had a very nice conclusion in this regard. Another encouraging development is the resurgence of fundamental diplomatic communication channels.

But unless much stronger efforts to work together are made, both sides will quickly fall back into their old patterns of provocation, sabotage, and then full-on war. Once again, the result of the Xi-Biden summit is positive. As stated in the US readout, both sides agreed that “the United States and China must work together to deal with global problems like climate change, global financial stability, including debt relief, health security, and global food security.”

If this kind of cooperation became a key part of the two countries’ relationship over time, it would help to keep the peace and restore lost trust. It would also loosen up the tight global economy by spreading investments out more than the market has done. This would happen if it were made bigger to deal with all of the big and bad problems people are facing right now. The development of clean energy, public health infrastructure, and all the other global public goods that have long been underfunded would not only save lives and avert crises, but it would also raise wages around the world and create enough consumer demand to make the world large enough for both China and the United States.