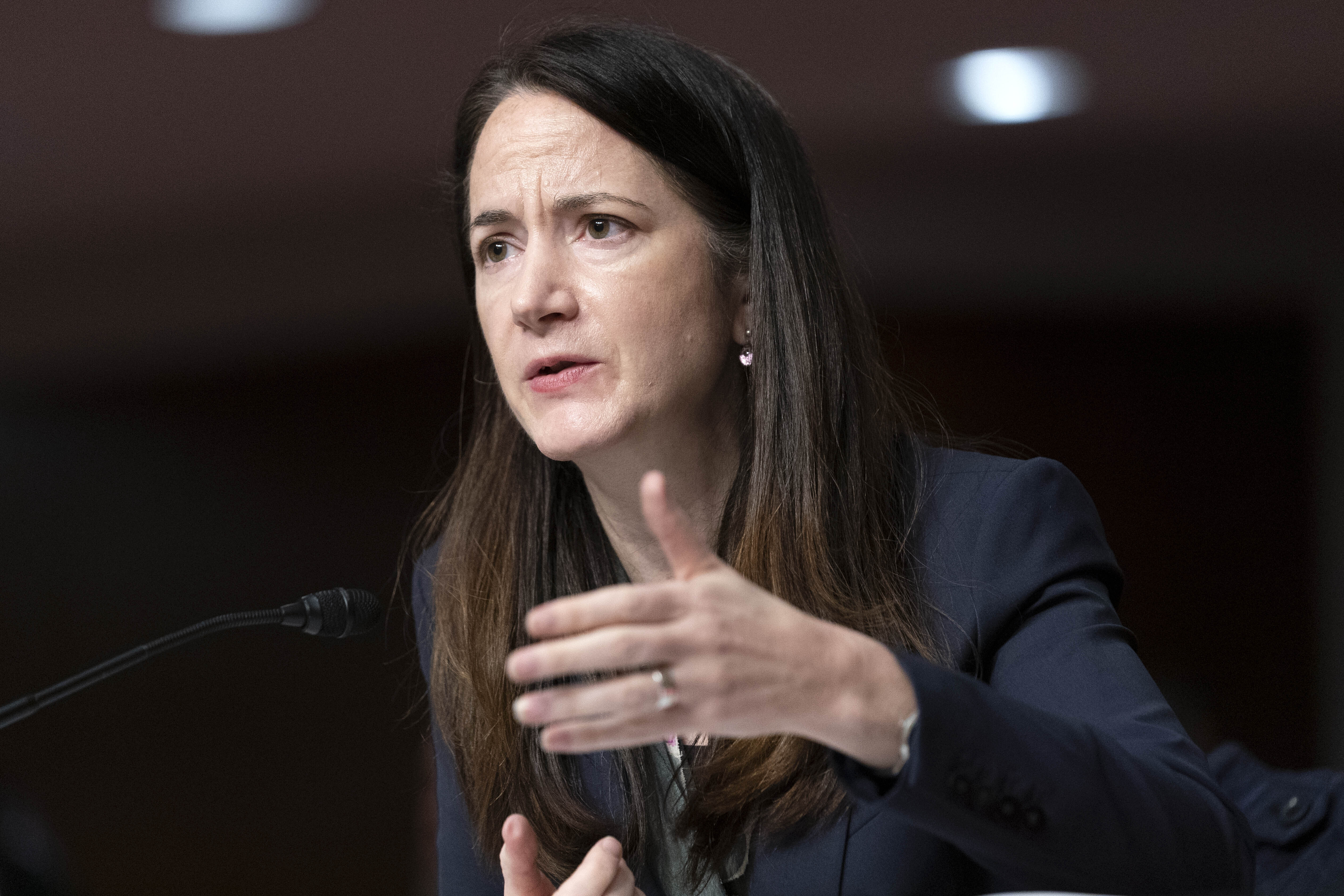 Haines added that Putin could seek “more drastic means” on the home front and abroad to achieve his objectives, including imposing martial law, shifting industrial production to sustain the war effort and “potentially escalatory military actions.”

The Kremlin has threatened the use of nuclear weapons, rhetoric Haines said is aimed to deter the U.S. and other allies from providing Ukraine with more combat equipment. Putin could authorize fresh nuclear drills as a signal to the West, Haines said, adding that the intelligence community assesses he would approve the use of nuclear weapons only “if he perceived an existential threat to the Russian state or regime.”

Despite the shift in the offensive to the Donbas, where Ukrainian troops have spent years fighting Russian-backed separatists, Haines told senators Putin is intent on expanding the war beyond the country’s industrial heartland region.

The intelligence chief testified that Russia seeks to create a land bridge from Crimea to Transnistria, in neighboring Moldova, but cannot do so without further military mobilization.

“Even if they are successful, we are not confident that the fight in the Donbas will effectively end the war,” she said. “We assess President Putin is preparing for prolonged conflict in Ukraine during which he still intends to achieve goals beyond the Donbas.

Haines testified alongside Lt. Gen. Scott Berrier, director of the Defense Intelligence Agency, as part of the Senate committee’s annual worldwide threats hearing. The pair faced questions about the war in Ukraine as well as how the response to the invasion may inform China’s calculus on invading Taiwan and threats posed by Iran, North Korea and transnational terrorism.

Haines’ testimony comes as Congress and President Joe Biden look to keep weapons and equipment flowing to Ukraine to fend off the Russian offensive.

Biden sought $33 billion for continued military assistance to Ukraine as well as more humanitarian and economic assistance. Lawmakers have settled on $40 billion in emergency supplemental funding. The House could vote on the proposal as early as Tuesday.

The White House and congressional leaders are pushing to get the measure to Biden’s desk quickly. Biden warned in a statement on Monday that weapons shipments to Ukraine could dry up in just 10 days.