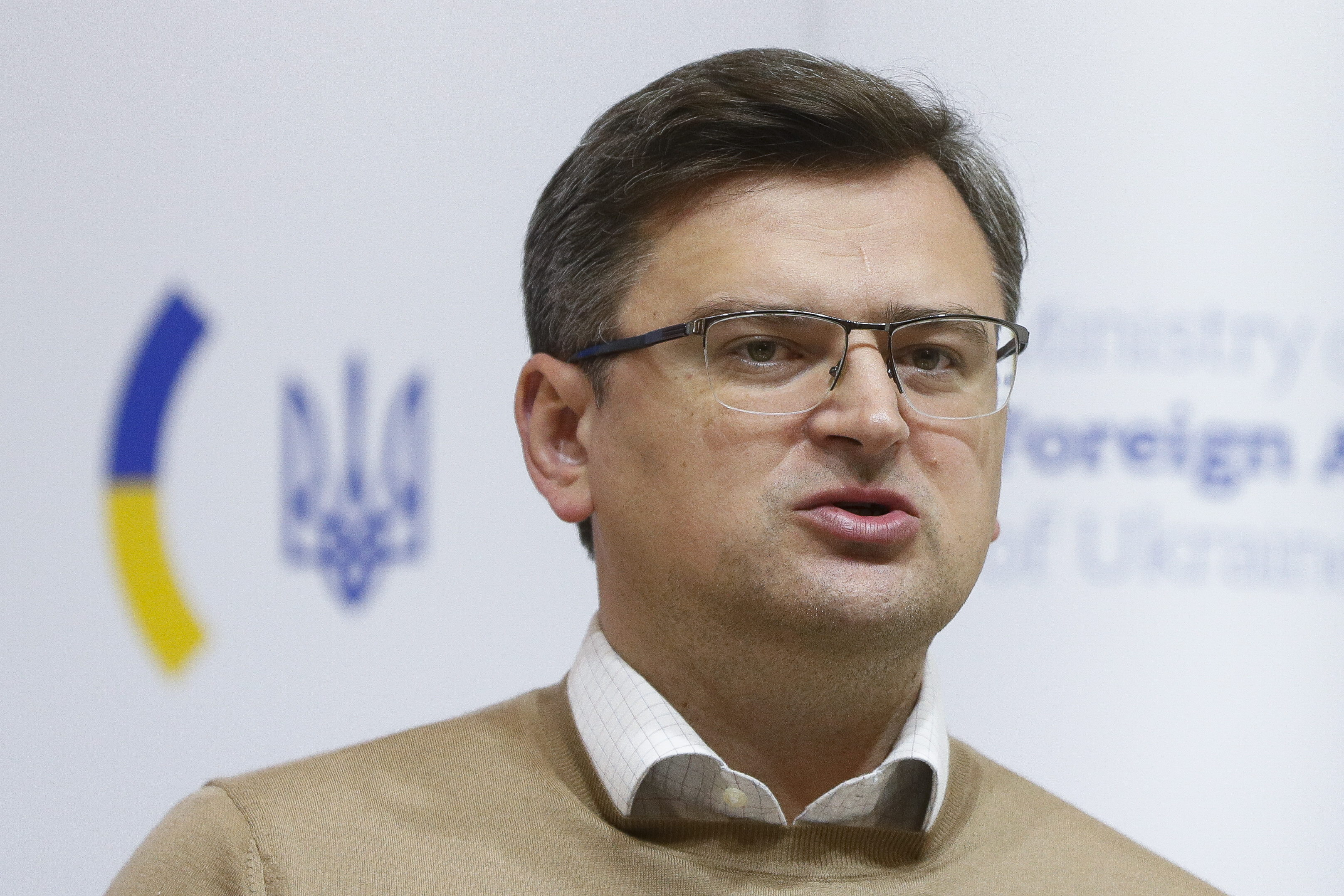 But Kuleba sees it differently. Allies weren’t convinced that Ukrainian forces would last more than a couple weeks against Russia’s much larger military, he said.

He recalled a conversation he had in the first days of the war with U.S. Secretary of State Antony Blinken. “I asked him that maybe it’s finally time to give Ukraine Patriots [surface-to-air missile systems], because, you know, it had been on the agenda for months,” he said. “And he said, ‘Dmytro, in principle, I mean, this, it could happen. But you should take into account that it will take at least two or three months to train your people for how to use them.’”

The senior administration official said Blinken said it would take “up to a year,” not two or three months, to train Ukrainian soldiers on the Patriot. As an alternative, the U.S. helped coordinate the transfer of the Russian S-300 missile system from other countries, the official said.

At that time, Kuleba admitted, neither he nor Blinken could envisage that the war would drag on for as long as it has.

“But if we had been heard from the very beginning on all the weapons that we need to receive, if we didn’t have to spend hours and days explaining to partners in Europe and in the United States why we need specifically this weapon and not another one, we would have received all these weapons by now,” Kuleba said. “We would have trained all the people and the situation on the ground would have been much different, would have been much better.”

“This is where all of us lost time and allowed Putin to gain what he shouldn’t have,” he added.

In a statement to POLITICO, Pentagon press secretary John Kirby defended the American assistance to Ukraine, noting that it was “not predicated on any indications of Ukraine’s ability or willingness to resist Russia’s invasion.”

“Instead, assistance was determined based on an assessment of Ukrainian near-term requirements, including through close consultation with the Government of Ukraine,” Kirby said.

The United States has committed a total of $4.5 billion in security assistance to Ukraine, and surged aid “within days” after Russia’s Feb. 24 invasion, Kirby said. The assistance was designed to meet Ukraine’s “most critical requirements at the time as conveyed by the Government of Ukraine,” he added.

Kuleba might argue with that timeline. Yet even with the limited weapons at their disposal, the Ukrainian army and territorial defense forces still managed to push Russian troops back from around the capital region, as well as Chernihiv and Sumy in the north, forcing Putin to recalculate and refocus his ground operation in the south and east of Ukraine.

The Pentagon said Monday that it does not consider the fighting in the east as a “stalemate” since Russia is still making progress there. But strong Ukrainian resistance has kept Russian forces from quickly advancing further into Ukrainian territory. The Pentagon now assesses Russia is two weeks or more behind its objectives in the Donbas, and is still struggling with logistics and morale issues, a senior DoD official said Tuesday.

Some Western officials are now acknowledging their mistake. “Ukraine would have done better if they had the weapons on hand earlier. They would have been able to train with weapons and properly embed them in their formations much easier,” a U.S. defense official told POLITICO.

Still, hindsight is 20-20. As recently as early February, there was still debate over whether Russia would invade and to what extent, the official said.

With that newfound trust has come greater assistance from allies. In recent weeks, the U.S. and many EU countries have dedicated billions of dollars more in military aid, deepening their commitment to Ukraine and its defense.

Congress is looking to pass a $40 billion package to bolster Ukraine’s armed forces and provide humanitarian aid, an increase of $7 billion from President Joe Biden’s funding request. On Monday, Biden signed into law a lend-lease act, making it easier to send weapons to the country.

Kuleba said “the turning point” that convinced the West to step up support came in large part due to Ukraine’s military gains. “People like success stories and we have a success story in surviving for much longer than anyone could expect,” he said. But that early success also came with the realization that if the West wants Kyiv to win the war outright, it needs to provide the Ukrainians with modern weaponry.

Despite early shipments of anti-tank Javelins and anti-aircraft Stinger shoulder-fired missiles, the U.S. spent weeks looking at old Soviet stockpiles around the world to see what they could send to Ukraine, Kuleba said. “And then they finally came to the conclusion that these [stockpiles are] almost empty,” he said. “Ukraine will literally run out of weapons and ammunition shortly. So the whole logic had to be changed from ‘Let’s give them everything that you have in your warehouses [from] Soviet times’ to ‘We have to start the transition of Ukraine to Western weapons.’”

The turning point, said Kuleba, was two months after the start of the war — on April 26, when U.S. Defense Secretary Lloyd Austin and Joint Chiefs Chair Gen. Mark Milley met with the Ukrainian Defense Minister Oleksiy Reznikov and other officials at Germany’s Ramstein Air Base. At Ramstein, he said, the U.S. convinced European allies to “transition Ukraine from Soviet to NATO weapons.”