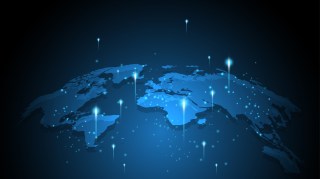 At this tense moment, it seems that the confrontational narratives driving the U.S.-China bilateral relationship now contain specifically conflicting perspectives on the future of the global order.

China seems to highlight the degree to which the West is seen to have imposed its presumptively universal values on the global system in the post-war period, which has been favorable for the exercise of U.S. hegemony. At the same time, the United States interprets China’s commitment to forging a multipolar order based on different values and driven by different norms more favorable to non-Western countries as China becoming a leading global power in the process. These two perspectives on the future of the global order seem to drive greater divergence and create the atmospherics of a “new Cold War,” even though the U.S. and China each say they want to avoid it.

Today the world as it is is fragmented, torn by crosscurrents, contradictions, and multivalent forcefields, not singular visions. Internal political pressures generated by social divides drive domestic political dominance over addressing global existential imperatives. A close look reveals that the world as it is is one in which the values of the West will continue to have relevance in public discourses and civilizational dialogues. And, today’s world is also one in which voices and perspectives of other cultures will drive differentiation and excellence, not universalism and emulation.

Fierce independence, assertion of uniqueness, and willpower for autonomy characterize indigenous expression and spill over into the global public square creating greater diversity and cross-cutting tensions. These countervailing forcefields now ripple through global forums and international institutions, issues, and challenges, and define the new global order. The tensions between the West and the non-Western world are central, significant, and involve many countries.

The votes in the United Nations General Assembly on condemning the Russian invasion of Ukraine on March 2 and on suspending Russia from the U.N. Human Rights Council on April 7 reveal the scale of the thrust toward independent and countervailing position taking. Apart from the five states that voted against the March 2 resolution (Belarus, North Korea, Eritrea, Russia, and Syria), 19 other countries also voted against on April 7. Adding these 19 to the 58 countries that abstained on April 7 gives a total of 77 countries who demurred on the condemnation of Russia in these two votes, 40 percent of the total 193 members of the United Nations.

Of the 58 countries that abstained on April 7, at least 17 stand out as countries of consequence in their regions or in the world because of their population size, GDP, possession of nuclear weapons, or cultural impact. Those countries are India, Indonesia, Pakistan, and Bangladesh in Asia; Malaysia, Singapore, and Thailand in Southeast Asia; Brazil and Mexico in Latin America; Ghana, Kenya, Nigeria, South Africa, Tanzania, and Uganda in Africa; and Egypt and Jordan in the Middle East and North Africa. If China, Iran, Vietnam, and four of the Central Asian countries who voted against on April 7 are added, there are 24 countries with weight in the system who are capable of pushing back on divisive issues, six of whom are G-20 member countries. They make the emerging multivalent global order a reality. Forty percent of the world is following “another narrative,” as Christiane Amanpour put it in an interview with U.S. Ambassador to the United Nations Linda Thomas-Greenfield on April 7.

The way to manage the global agenda in a multivalent world order is to accept complexities, contradictions, and contrariness as realities; delink issues from one another to prevent singular difference from overwhelming other functional relations; decentralize global negotiating forums from one another; devise diverse ways to work on issues that are distinctly different; encourage varying clusters of country officials to lead on different issues; nurture plurilateral leadership groups by rotating their composition from issue to issue; embrace variety; avoid blocs; invite innovation; focus on substance; and dial back on polemics.

This new era of complexity, contradiction, and multivalent forcefields invites new approaches which are characterized by greater openness to diversity, difference, and eclecticism and driven more by practical details, substantive understandings, knowledge-based policymaking, and a keen sense of global imperatives to address systemic challenges and existential threats. In a multivalent world, these approaches would be more effective and functional than using global forums to try to advance values, political preferences, and polemical differences.

German leadership of the G-7 this year needs to encourage the other six G-7 member countries to come into the Indonesian G-20 this year and the Indian G-20 next year with a different mindset more open to difference rather than pushing against it.

The country composition of the G-20 reveals that it consists of a set of 10 highly aligned Western countries composed of the G-7 plus Australia, South Korea, and the European Union and a set of six non-Western countries that make up the BRICSAM group composed of Brazil, Russia, India, China, South Africa, and Mexico. After fourteen years of G-20 summits during which time only two countries from the Global South served as chair—Mexico (2012) and Argentina (2018)—the G-20 over the next four years will be organized by the Global South. As it happens, after Indonesia and India host the G-20, Brazil will host in 2024, and South Africa in 2025. The visibility of the multivalent global order will be more manifest in the next four years than it has been in the last 14, as a result.

Religion is a significant driver in the evolution of culture. The G-20 has four countries with significant Muslim populations, whereas the G-7 has none. The four are Indonesia, India, Turkey, and Saudi Arabia. The 10 countries with the largest number of Muslims have a total number of adherents equal to 1.15 billion people, one-seventh of the world’s population. The G-20 has a G-20 Interfaith Forum, an engagement group which has been meeting for each annual G-20 Summit since its founding in 2014 in Australia. These next four years may be the moment to focus attention on religious faith as a healer of divides and a force for peace in the world.

Indonesia is in the hot seat this year. The central challenge for Indonesia is to mediate between the G-7-plus–3 group and other five BRICSAM countries (Brazil, India, China, South Africa, and Mexico), now that Russia is on the fringes of the G-20.

In this dramatic moment with the global order in flux, the key issue is whether the G-7 plus 3 can prioritize the G-20 as an important platform both for working through these crosscurrents and for addressing existential and systemic threats despite the turmoil and tension. For this to happen, G-7 plus 3 and the five BRICSAM countries need to commit to moving forward together, bridging the divides within the G-20 and, by extension, the tensions within the global community.

The G-7 plus 3 countries need to seize this moment as an opportunity to use the G-20 to work out functional working relationships with China. China, too, is crucial in creating new dynamics within the G-20 and could benefit from contributing to strengthening the G-20 as a means of strengthening global governance. All G-20 countries need to support the Global South as Indonesia, India, Brazil, and South Africa assume the G-20 presidency over the next four years. These shifts in behavior are extremely important. Otherwise, the G-20 could dissipate as a significant forum for global governance due to lack of effort, and the world could well divide into two global orders, between the West and non-Western countries.

Leaders and governments will need to use these behaviors and practices to project to the world an inclusive, eclectic, practical, respectful, and responsible strategic vision of convergence toward a new era in the global order that can tolerate not only diversity and difference but also complexity, contradiction, and even contrariness as central dynamics that must be managed to reestablish a single international community for all.