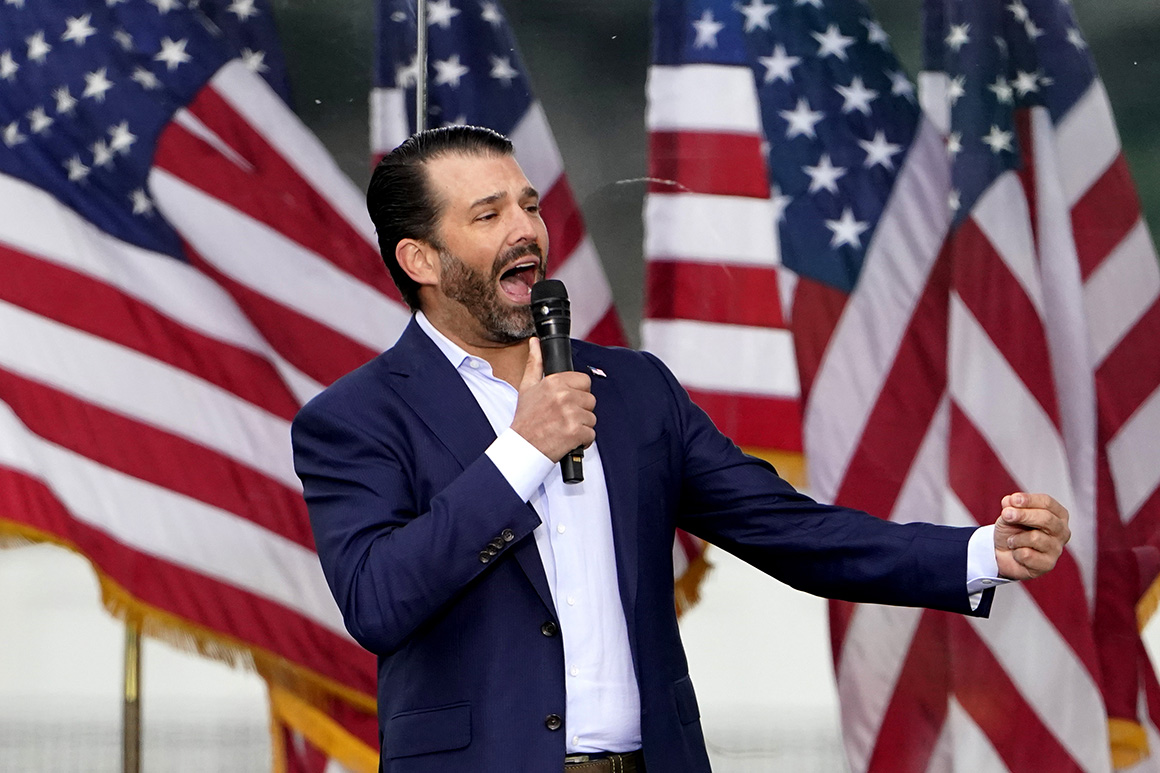 Donald Trump Jr., the son of the former president, interviewed with the Jan. 6 committee on Tuesday, according to two people familiar with the matter.

He’s the latest member of the Trump family to provide testimony to the select committee probing the Capitol attack, following the panel’s interview last month with Ivanka Trump. Trump’s son-in-law and former adviser Jared Kushner, as well as Trump Jr.’s fiancée Kimberly Guilfoyle, have also talked to investigators. A spokesperson for the former president’s son did not respond to a request for comment.

The select panel has indicated that it is interested in Trump Jr.’s knowledge of his father’s push to subvert the 2020 election. The committee has also highlighted a text message Trump Jr. sent to then-White House chief of staff Mark Meadows as a mob overtook the Capitol on Jan. 6, 2021. In that message, he urged his father to make a more forceful statement to condemn the violence.